Yesterday I spoke at a Software East user experience (UX) event. I’ve not attended any Software East events before, so didn’t know quite what to expect. But the event was expertly organised by Mark Dalgarno and generously hosted by Redgate Software in their swanky offices (which reminded me a bit of Google HQ in London!). Almost 100 people attended, which is quite something for a mid-week event in Cambridge. I was particularly impressed to find out that one intrepid person travelled up from Kent!

I spoke about my experience of embedding UX at Cambridgeshire County Council which I’ve written about previously on this blog. I wanted to get across the sense that embedding UX is a long journey, but that UX techniques are not hard to learn, providing you start with small projects where you can demonstrate the value to your colleagues.

I also talked about how to use data to tell a story about your users and win over stakeholders in the business. And the importance of sharing skills across your team.

Here are my slides from the talk:

There were three other talks which I thoroughly enjoyed.

Stephen Chambers, the Head of User Experience at Redgate Software spoke about the re-design of the Redgate website. He started by showing the evolution of the site over the years and development of the product page, the most popular area of the site. As the product range grew, so did the page! But without much consideration to layout. Stephen also explained that in the past they’d struggled to get consistency between the main product areas of the website and that individual business areas were protective about their product pages.

Part of the challenge was getting the right environment in which to tackle a complete re-design of the website and dedicated resource. But Stephen managed to persuade his bosses to let his UX team take over a meeting room and work solidly on the re-design for 5 weeks – yes 5 weeks! At the council you’d be lucky to get a room of that size for 5 hours, let alone 5 weeks! One of the benefits of having the dedicated space was that the team were able to  move their computers in and put up all their ideas, sketches, wireframes and visual mock-ups on the walls, which improved transparency about the project. Colleagues could come in anonymously and scribble feedback on a post-it and stick it on a design.

Stephen also said this was the first opportunity the UX team had to work together, rather than on separate projects. And this helped them to make the most of their individual skills. There were some lessons learnt, such as not committing to hi-fidelity wireframes too early on.

The actual development of the site took around 3 months following the intensive 5 week design phase. One thing that struck me was the team’s creativity within the constraints of the project. The team used existing research, but I didn’t have the opportunity to ask Stephen if they’d done any user evaluation during the 5 weeks.

Why did you click there?  How to run 1-to-1 usability testing – Jenny Cham (EMBL-EBI)

Jenny gave an insightful talk on one-to-one, moderated usability testing for the European Bioinformatics Institute (EBI). Jenny explained she had come from a science background and was relatively new to UX. She demonstrated how it’s possible to pick up techniques quickly, but that you learn a huge amount through hands on experience.

Jenny’s domain is very specialist, so her knowledge of genome research and analysis of data was useful in designing realistic user tasks for her participants. This point highlights that in some instances using a consultant from outside your organisation would not be appropriate, because they won’t necessarily have the right domain knowledge.

I really liked Jenny’s use of photos and speech bubbles in her slides and a clip of user testing footage from Silverback. Her presentation really helped to convey some of the subtleties of user testing. For example the importance of good planning up front, during recruitment and when scheduling tests, having the right equipment and putting the participant at ease in order to get good test data.

One tip I found useful was Jenny’s use of a grid to collate findings and post-it notes (on the wall of the testing room) to summarise her research findings quickly. She advocated the use of super sticky post-its for this purpose!

Jenny had a wealth of experience to share, despite claiming to be a relative newcomer to the UX field.

Rob and Neil of Cambridge Assessment did a talk on the pro’s and con’s of remote, moderated and unmoderated testing. This is an area I’ve had an interest in myself and wrote about a while back, but at the council we’ve only had the chance to try remote, unmoderated testing.

Rob and Neil suggested various different testing tools that are either free or very cheap and can be used online. One of the questions from the audience was whether remote tools can be used for desktop software development rather than web. It seems that most tools are web based and therefore suited to web development. However Rob explained that remote, moderated testing was possible providing users remote in to your desktop (which does involve them downloading and installing some software on their computer).

Neil also demonstrated how Loop11 worked as a remote tool for testing user tasks, a tool I’m fairly familiar with having run some tests for our corporate website. I volunteered to do a live demo which involved using the Yahoo site to find out information on a film, whilst my actions were being recorded by the tool.

One of the things Neil pointed out was the importance of getting the task design right and piloting tests, as many of the tools (like Loop11) don’t allow you to make changes to your test once it is published and live.

And so ended a very successful evening. I enjoyed chatting to some new people in the break and after the event.

As a follow on, Mark is planning a UX conference in Cambridge later this year. I’ll be posting more details about the conference as soon as they are available.

This content is published under the Attribution-Noncommercial-Share Alike 3.0 Unported license. 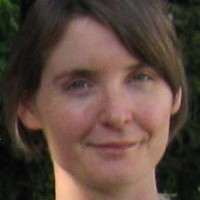 Great summary of the event. I really enjoyed your talk too… it’s great to see local government committing so much to UX.

In response to one of your questions above, during the 5 week web project, we did quite a lot of user evaluation. Almost every day we user tested the previous day’s outputs. Initially we only tested with people internal to the organisation, but as we produced more material we also ran usability sessions with customers and external users (about 8 in total).

I came away from the event feeling very inspired and determined to continue ensuring that UX underpins everything we do in the Camden webteam.

I’m really impressed by what you’re doing at Cambridge, keep up the good work!

Thanks all! It was a great evening and I’m looking forward to the next event.

@Richard good to hear you managed to fit in so much testing in that intensive design phase. The new site looks really good!

[…] second UX night review comes from Michele Ide-Smith, who herself gave a great talk at the event, enlightening everyone about the steps you can take to […]

No copyright information has been saved yet.